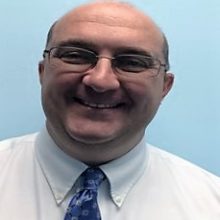 Mr. Van Dyke received his Bachelor of Arts degree from Wheeling Jesuit University in West Virginia and his Masters of Science in Education from Old Dominion University. He began his teaching career in 2005 in Hampton City Schools, where he taught sixth grade History at Davis Middle School. In 2007, he was hired at Berkeley Middle School in Williamsburg-James City County (WJCC) Public Schools, where he taught sixth grade History and completed his administration certification at The College of William and Mary. Since 2010, he has held a variety of administrative roles in WJCC, including interim Assistant Principal at Berkeley, Principal for the WJCC Public Schools High and Middle School Summer Program and, more recently, Assistant Principal at Berkeley Middle since 2012. He is also a Doctoral Candidate in Education Policy, Planning and Leadership at The College of William and Mary.

Get real time school updates on your mobile device with eChalk Notify.

Connect with code ZDWSJE to get instant alerts or log in with your eChalk user account for the latest updates from all your classes and groups.